How you can accelerate and innovate: practical guidelines for strategy execution.

Improving, renewing and innovating faster in a ne 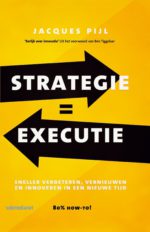 w period. According to Jacques Pijl strategy execution is a craft and should become a core competence in itself, at least if you want to renew your organization successfully. With this, proficiency in strategy execution is just as important as strength and speed. We all have one, at least, unexecuted plan. But how do you put a strategic plan into motion? In response to the book, Strategie = Executie by Jacques Pijl, Chief HR Officer of ING, Hein Knaapen is in agreement: “Strategy implementation is just as essential as the strategy itself”. I’m speaking with Jacques over his book and I’m especially curious to what managers and marketers can learn from his insights.

‘Failure’ is the order of the day
The reason to write about strategy execution is threefold. “To start, many organizations have long been bad in realizing their resolutions. Most businesses know about a failure percentage that hovers between the 60 and 90 percent. But after the ‘crisis years’, in this new period, which we also call the new normal, we have proceeded to the order of the day. No single organization is able to wield the rate of change that they did in 2008. Due to the quick changes around us we actually have to become even better at something that we were already bad at. Finally, and the third reason for writing about the subject of strategy execution, we have to serve multiple goals – business-economic and societal. You will not succeed anymore by just satisfying shareholders. Organizations have to constantly become better at strategy and execution, because more goals are pursued simultaneously.” 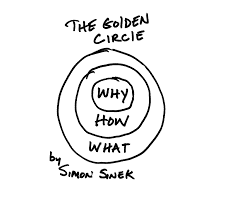 Jacques: “Everyone knows the ‘Golden Circle’ or ‘Start with Why’ from Simon Sinek. Sinek indicates that one must have the ‘why, what, and how’ clearly outlined to be successful. The ‘why’ usually receives the most focus. ‘Why’ revolves around purpose. Why are you doing it? Why does your organization exist? Once it’s clear why someone, or an organization is doing something, only then can people believe in it. But Sinek’s circle is actually somewhat misunderstood because the ‘why’ emerged with an unfair and one-sided focus. Sinek indicated that one ought to start with the ‘why’ and subsequently work out the ‘what’ and how’, while Sinek never said to ignore the others. The most important thing in this time period is the ‘how,’ because that is usually the biggest obstacle with organizations. The ‘how’ is strategic.”

No one eats gray soup
Jacques speaks daily with directors and notices that their strategy usually focuses on everything and, if they’re not careful, nothing. Breaking through this gray soup presents the most important challenge: “You have to dare to choose and stand behind something. And above all, you need to differentiate and embrace ‘run’ and ‘change’.

‘Run’ encompasses all the normal daily things, such as speaking with clients, picking up the phone, supply IT-support, etc. With ‘change’ you can differentiate between various sorts of change. Think about continuous improvement – something that companies such as CoolBlue and Wehkamp have within their DNA. Next to that you can work on fundamental renewing, but only within the boundaries of existing business models. Think, for example, about an integration process after a merger; it affects all disciplines of a business and for that reason it has to be done on a project basis. And finally the real fundamental, disruptive renewing, by which you will cross the limits of the business. Think, for example, about Uber or FinTech start-ups.”

“To stay out of the gray soup it is important that an organization differentiates between ‘run’ and ‘change’ projects. And within ‘change’, differentiate between ‘improve’, ‘renew’, and ‘innovate’, because every element demands another approach. “

The impact of failure
Even in marketing we talk about pilots and releasing multiple balloons; it does not matter if something fails. Jacques discusses the impact and costs of failure in his book. I’m asking Jacques what this could mean for a marketing director.

“I never believe in the polarization between ‘difficult’ schools (no, innovation is a process) and free schools (let a thousand flowers bloom). I believe in the and-and. With the successful cases that we have analyzed we see that the gathering of ideas and the releasing of balloons is a necessity – one should always be open for this.  In discussions with directors, they regularly said that ideas should, of course, always be collected.  This is a process that is continuous; at the end, ideas arrive in a funnel. Which ideas belong on the long list, and which go on the short list and which do we save for experiments? This is a constant learning process. Organizations that work with the free collecting of ideas, as well as the structured selection, and experimenting are successful. They know well that you can only apply every minute and every euro once.”

‘Time’ is at least just as important as money
The subject to be addressed is the strategic use of time. In Strategie = Executie, Jacques brings forth ‘time’ as a factor for success. “What is the time-best-spent in strategy and execution? That is not thinking about a long-term strategy for 8 months. This is the deadly sin in strategy and execution. I noticed by many directors to whom I’ve spoken, that time is just as important of a KPI as money. They really gear towards that, while also suggesting this to project managers in order to prevent month-long analyses and design. 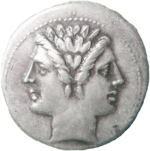 The Janus head
The Janus head is the second biggest trend that Jacques describes. A Janus head is traditionally a head with a face on both sides, named after the Roman god, Janus. “It’s about realization that you need a second accelerator. Every established organization needs a second accelerator. Dare to neglect an element in terms of budget, freedom, etc. to completely focus on innovation. Think, for example, of Aegon, who released Knab onto the market as a single component.

Time is money
The book Strategie = Executie, is about 350 pages thick, and I don’t have much time. I’m asking Jacques how I can read the book most efficiently. What must I read and in which order? “Well, it’s the case that I wanted to establish a comprehensive vision on modern strategy, execution, and innovation, and that demands space. At the same time, I wanted it to be practical. Make use of the table of contents. The book is very practical in the sense that everything is easy to find. It’s mostly a do-it-yourself book.”

Jacques Pijl and marketing
Jacques Pijl has intensively worked for more than twenty years with directors and teams from leading organizations in order to solve critical problems about strategy-execution, and innovation. He manages large-scale transformations and surgical interventions within the private and (semi-) public sector. Jacques is director at Turner consultancy, thought leader, and a much sought after speaker of strategy-execution and innovation. Previously he wrote the bestseller Het nieuwe normaal. Jacques Pijl is certain that: “Strategy-execution is the last competitive advantage.”

What would Jacques want to learn from the marketing directors?

“I am especially curious to how specific disciplines (in this case marketing) look at the phenomenon of strategy and execution. All disciplines look at it differently. When I speak with HR, they tend to embrace the softer side of the model, while supply chains looks at the harder side of the model, and marketing usually tends to look at a mixture of the two. That is what I would like to attain. I would also like to know how multidisciplinary one is. If you want to innovate then you have to take a lot in account and gain familiarity of various departments.”