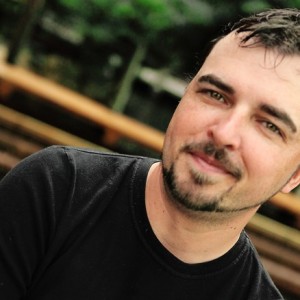 In an interview Shimon Ben Ayoun of spotONvision had with marketing hero Scott Stratten, Stratten stated: “No, no you don’t have to forget everything you’ve learned in school about marketing. Don’t even forget what you have learned in your professional life; just make sure you do it right.” That is what marketer Scott Stratten wants you to do. Don’t use traditional channels like direct mailing, e-mails and social media like you have been doing but try a new approach. Try to market the way customers want you to market.

Stratten became famous after living his life on twitter in 30 days, resulting in 7000 (!) tweets. It taught him an important lesson. Social media (and in particular Twitter) is for conversation. 75 Per cent of all his interactions online are replies. So he responds and engages people and he claims that that should be the goal of every marketer. His ability to put twitter to good use has given him a very good insight: don’t automatically follow everyone back. For Stratten that was his biggest mistake when starting out on twitter. Following comes from choice not automation. You need to prove your value and the people that you follow need to have value to you. That is the only way to keep up with what is being said online.

His acclaimed book ‘Unmarketing’ dives deep in theory and practical examples of good marketing. At least the better way to do marketing. He believes good marketing should be divided in three stages:

Obviously the former is the hardest to achieve. Attract people, offer awesome content even though we cannot always offer it and make sure people stick with you because you truly offer an added value. That is when you reach the stage of momentum. People stay with you because of who you are and what you offer. Have you got them engaged via one channel then ensure you expand your circles, your media and your message. That is the best way to create engagement.

And while we’re at it, forget searching for the ROI of social media. Social media is just a tool. We use the wrong benchmarks, there are just too many factors to take into account. ROI depends on what you do with it. And whatever you do, just do it better.

Scott Stratten is keynote speaker at B2B Marketing Forum on 20 March 2012. Want to see him present and ask him how he does it?